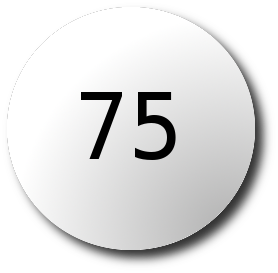 Can 75 justify $4,000,000 in Sea Isle City? The property forcing this consideration is the newly listed 312 45th Place (click to view), asking $4,195,000. The 75 in consideration is 75′ of water frontage. Water frontage is the primary factor in determining value on waterfront/beachfront property. Size matters in real estate, but if you watch the 7 Mile Island market you will see homes on the water of similar size and construction list and sell for widely divergent numbers. It’s usually not hard to find the reason. Look at the water or beach frontage. Lots or teardown properties present even clearer evidence of how important this number is.

Considering lots and teardowns, there is a fact often overlooked about Sea Isle and its 7 Mile Island neighbors of Avalon and Stone Harbor. Apples to apples, square feet to square feet, water or beach to water or beach frontage: Sea Isle land prices are not so far off from the other two. It’s just disguised because SIC puts two townhomes on each piece of land and effectively cuts the home prices in half. Further clouding this fact is that Sea Isle– as an accident of its historical development– does not have nearly as many abnormally-sized large lots with incredible amounts of frontage. Those big frontage properties are the ones that spec builders have been commanding the $8-12 million dollar home sales recently in Avalon and Stone Harbor. If you took a 50 x 100 bayfront parcel on either island right now, I imagine spec builders would be competing in the $2-2.5 million dollar range to acquire it to develop on either island. (Look at 9301 Sunset Drive (click to view) in Stone Harbor if you don’t believe me.) And the “outsales” after development would be 2 + 2 or $4 million in Sea Isle and around $4.5 million for a single over the Townsends Inlet Bridge. (Look at 10319 Sunrise (click to view) and 10311 Sunrise Drive (click to view). It’s also a safe assumption these cost a couple extra hundred thousand to build.) You could make the case–and I sort of just did– that it’s not simply the towns but the fact that the water and beach properties on 7 Mile Island offer so much more frontage in almost every case that is the primary driver of the price differentials.

But $4 million in Sea Isle City? I got a call from at least one skeptic this week. I’ll just call him Tim to protect his anonymity. Tim is a great client and all-around just super-likable guy who knows the Sea Isle market about as well as anybody I know here. He often calls me with news and  rumors that I have not even heard. It’s a little embarrassing sometimes. And he called me on Friday having seen the new listing for 312 45th Place with the type of convincing Sea Isle market argument that he knows just how to deliver: “John, come on…” And I hear him. I do. I’m skeptical for a couple reasons right now, but I’m keeping those to myself. And for good reason. As I explained to Tim, I’m out of the business of saying people cannot get certain numbers right now. I’ve had egg on my face for probably 4 months doing that. I’ve said out loud to people that I didn’t think properties could get certain numbers that they did get. And I should know better. First because I’m not that smart. And secondly, since I believe that the meta-economic story is inflation. I should have paused and evaluated before rushing to judgement. I’ve been humbled.

So 75. That’s the evaluation. Now, we did flirt with a $4 million residential sale in Sea Isle. It happened quickly and there was a lot going on at the time so many of you may have missed it. As far as I can tell, it’s the high water mark of all time there. Sure, there have been bigger sales on pieces of land that were developed into large projects of condo and commercial entities, but I can find no record of a residential sale for a number higher than what 9001 Pleasure Ave (click to view) sold for this spring. In April and early May when the rest of us were out buying toilet paper, somebody rode into town and put that beachfront under contract for $3,999,000. It was listed on April 20, under contract on May 15, and settled on the 15th of July just as the rest of town was heading into hyperdrive.

And take a guess what the beach frontage was on 9001 Pleasure Avenue. I’ll give you three guesses and the first two don’t count. That’s right: 75 feet. Or in the cool real estate notation: 75′.

The market is stronger now. This is the bay and not the ocean. But 75′ just might be the number to pop the Sea Isle market over the $4 million mark for the first time. There’s certainly few opportunities even theoretically like it. I did not investigate but I’d hazard a guess that there are but a handful on the whole island. A couple lots almost that big have sold in the last two years, one on the end of 45th Place and one on Sounds Ave in the 50s. Obviously, both were developed into side-by-side townhouses. It’s worth noting that on Sounds the new construction is under contract asking $3 million and on 45th one of them came back on the market and is under contract now for an asking price close to $2 million. So maybe a single family home on a lot that large with that type of frontage will find the buyer to cross the $4 million dollar threshold.

I’m going to schedule a preview this week if I can. We’ll have the video and highlights on our social media pages.

What about us mere mortals? As always, you can click on the links below to see what was listed, put under contract, and sold this week in less stratospheric price points as well.